Is Hearing Loss More Common Than You Think?

For several reasons, you can feel uncomfortable telling others about a hearing loss when you first find out.

But would this change if you found out that millions of people were experiencing the same thing as you?

According to Healthy Hearing website, hearing loss is actually the third most common physical condition in the US, with only arthritis and heart disease placed above it.

To examine why people still find conversations about hearing loss troublesome, we’ve broken down some of the facts and misconceptions to help you be more aware!

Johns Hopkins University states that approximately 38.2 million people have a hearing loss in America, roughly 12 percent of the population.

In general, hearing loss becomes more common as people get older, with 91 percent of those that have a condition aged 50 and above.

More specifically, the National Institute on Deafness and Other Communication Disorders states that approximately one-third of those between 65 and 74 has a hearing loss, while half of those above 75 have difficulty understanding sounds.

However, a study conducted by the University of Manchester in the UK also found that a high proportion of students who attended loud music events had some initial symptoms.

Also, around two to three children per thousand each year are born with a hearing loss in America, with most of these detected during routine infant screenings.

The stigma of hearing loss

Despite its ubiquity, many people still feel that hearing loss carries a stigma.

This often links back to how those with a hearing loss were regarded in the 1960s when there was less known about treating issues.

In many cases, these people either didn’t get the help they needed while their hearing loss worsened or had to use very basic amplification equipment, which was largely ineffective.

Today, however, with advanced procedures and greater education on the subject, more people are coming forward to tell their stories.

These include well-known public figures such as Whoopi Goldberg, Rob Lowe, Stephen Colbert, and Huey Lewis – and the list keeps growing.

With the numbers of those at risk from hearing loss rising, it’s important that more share their journeys to better hearing and encourage others to receive treatment as soon as possible.

A new era of technology

However, it’s not just public awareness of hearing loss that has changed since the early days; the available types of treatment have also developed.

Hearing technology doesn’t resemble the cumbersome devices that were available thirty to forty years ago. Instead, they’re now sleek, discrete, and packed full of amazing features.

These are designed to help you in all sorts of scenarios – whether you want to stream phone calls and music directly to your hearing aids or get new programs sent remotely to your devices.

In addition, hearing aids have dropped in price dramatically since the turn of the millennium, with more and more insurance companies covering all or part of the required investment.

So, you shouldn’t worry that you’ll stand out when wearing a pair of these amazing devices. In fact, you probably pass people with them regularly without realizing it!

If you or a loved one is experiencing a possible hearing loss, please don’t hesitate to contact the team at UpState Hearing at your local office. You can also find out how to get a complimentary, no-contact telehealth appointment here. 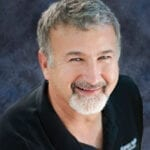